Founded in 1972 by John Newton, Soundmirror has grown to become the premier classical music recording and production company.

Founded in 1972 by John Newton, Soundmirror has grown to become the premier classical music recording and production company. World class customer service combined with a respected team of experienced engineers and producers has become the trademark of Soundmirror. The location and post-production environments we create to work in give every musician and client the ability to create exceptional audio and visual recordings. 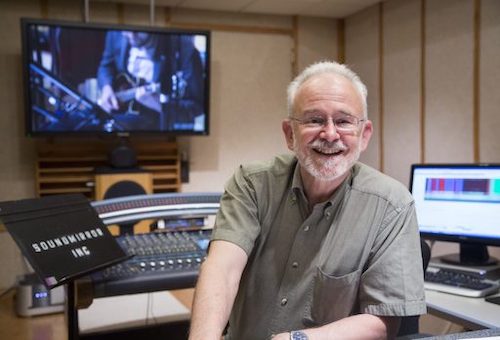 John Newton has been and continues to be a true trailblazer in the world of digital recording. In 1981, he became the head of the east coast office of Soundstream, the pioneering digital recording company founded by Thomas Stockham. A high point of this association was the making of the first Soundstream 8-track digital recording in 1982. After Soundstream’s eventual demise several years later, Soundmirror stepped in to continue providing state-of-the-art digital recording services for the major record labels, which were then converting their entire catalogs from the analog to digital format. In 1987, Newton continued a long professional association with Philips by going to Holland for a year to upgrade and streamline their recording department.

Newton worked for four years with Sony and Philips in the development of the SACD, a high definition multi-channel format with greatly improved resolution, three dimensional sound, and clarity far beyond that of traditional compact discs.

Byeong Joon Hwang, one of our interns who graduated from Berklee College of Music, returned to Korea in 2000 to open Soundmirror Korea. The studio in Seoul offers the same services in Asia that are offered in Boston.

Soundmirror currently works with many arts organizations to create and improve their media strategies and content libraries. We produce local and nationally syndicated radio and TV programs for many of these organizations. We have the historical knowledge and technical expertise to help orchestras manage and preserve their existing content libraries.

This website uses cookies to improve your experience while you navigate through the website. Out of these cookies, the cookies that are categorized as necessary are stored on your browser as they are essential for the working of basic functionalities of the website. We also use third-party cookies that help us analyze and understand how you use this website. These cookies will be stored in your browser only with your consent. You also have the option to opt-out of these cookies. But opting out of some of these cookies may have an effect on your browsing experience.
Necessary Always Enabled
Necessary cookies are absolutely essential for the website to function properly. This category only includes cookies that ensures basic functionalities and security features of the website. These cookies do not store any personal information.
Non-necessary
Any cookies that may not be particularly necessary for the website to function and is used specifically to collect user personal data via analytics, ads, other embedded contents are termed as non-necessary cookies. It is mandatory to procure user consent prior to running these cookies on your website.
SAVE & ACCEPT